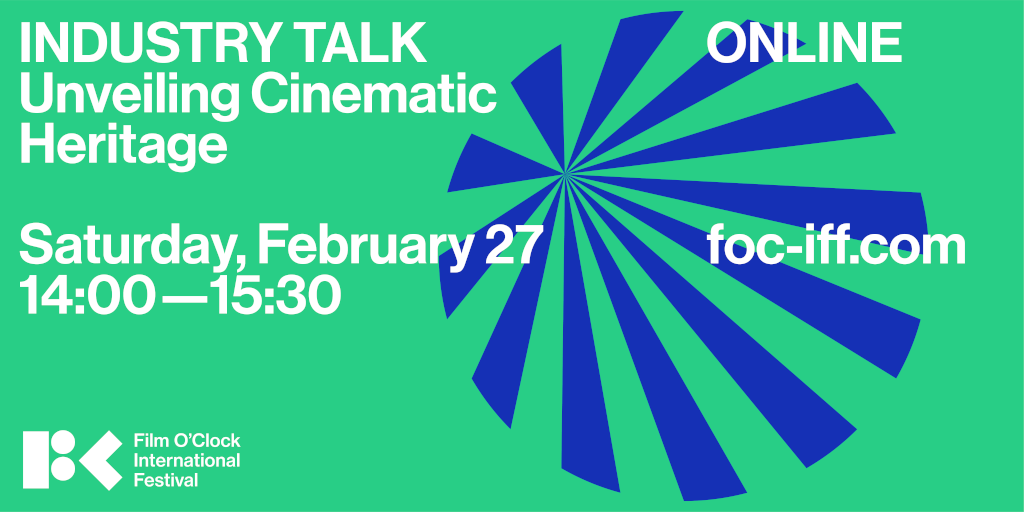 Films are the fingerprints of history on a nation’s collective memory helping us to understand from aesthetic, political and many others stand points our collective paths.
One of the main objectives of Film O’Clock International Festival is to promote cultural awareness through films, therefore we are inviting you to an online discussion about heritage cinema. The Industry Talk event, Unveiling Cinematic Heritage, will take place Saturday, February 27, 2021 at 14:00.

How do we break the elitist setting for the art-films, and especially for older films that marked the beginning, and the crucial milestones for national cinemas? What means can we develop to reach a broader audience, and tackle the importance of cinema heritage? These are the type of questions that we bring to the table.

Multiple online platforms have increased their efforts in the last years to promote unknown films for the general public, among which, our main partner MUBI. In Lithuania, the Lithuanian Film Centre works consistently to digitize and restore the heritage of Lithuanian classical cinema for preservation and public access, providing distribution of these films nationally and abroad. A catalogue of Classic Lithuanian Films produced between 1957–1990 is available on their website. While in Romania, the first movie restoration in 4 K happened in 2019 through a private entity Fundația9, financed by BRD – Groupe Société Générale.

For some countries, such as Romania the conversation about restoring the cinema heritage seems like an endless endeavor, without a clear path of materialization. So how can we talk about increasing the audience’s appetite for “old” movies when having access to them is limited.

We hope for a fruitful conversation around all these questions in an ongoing effort to keep the conversation regarding heritage films alive.