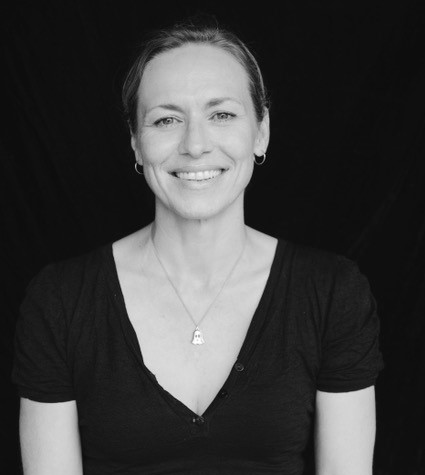 Why do we watch movies?

It’s being said that stories are deeply impregnated into human nature, shared from one generation to another through different mediums, sometimes sitting next to the fire, word of mouth, and more recently by using weird tech devices able to display high quality visual content.
Cinema is the medium with highest popularity in the last century, and beyond the theories of spectatorship that might tackle screen theory, cultural studies, cognitive film theory among other influencing factors, for the purpose of this article, we turned to some industry experts from various corners of the world and ask them why do they watch movies? We cherish their experience both as consumers and producers of content, and therefore we’re sharing their personal views.

LISA HENRY: Film is more egalitarian now than it has ever been, both in its creation, and in its dissemination and consumption

Lisa Henry is a documentary filmmaker and producer, the founder of Left Hand Films. She is also a co-founder and organizer of the Jozi Film Festival. She began her television career in 1997 working for a commercial production company in Johannesburg. She spent five years in London where she worked for Associated Press Television News (APTN) as a producer.

“We watch movies for many reasons: to escape, to learn, to be entertained, to do all three at once perhaps. Movies are an art form. Whether you’re watching a Wes Anderson feature film or a documentary about migrants shot on a cell phone, you are watching a form of art. You are experiencing another’s vision/point of view on a big or small screen. You are invited to form your own opinion of the content and select the kinds of films you enjoy best. Or you may choose to watch films that challenge your thinking or preconceived notions. How you decide to interact with a movie is your choice. You have the freedom to watch a film or not. The freedom to share your views on the film or not. The freedom to search out similar films if you want to, or not. The freedom to watch a film in the cinema, on your tv, on your mobile phone, via a streaming platform, Youtube, at a film festival, on an old tape or dvd. Film is more egalitarian now than it has ever been, both in its creation, and in its dissemination and consumption.

Film, no matter where it is created in the world, has the ability to impact any one of us, regardless of our language, culture, or upbringing. The medium of film meshes creativity, writing, philosophy, acting, cinematography, sound, editing, animation, technology, music, typography etc (the list is too long) and condenses all these art forms into one product that could be a minute long or two hours long. It can reveal beauty and truth or depict the worst side of human nature. It allows us to mould it into what we want it to be. That’s powerful.”

MOHAMED KAMEL: Cinema is a shelter

Mohamed Kamel an Egyptian film director, screenwriter and a filmmaker born in 1981. He studied film directing at the Academy of Arts, Higher Cinema Institute in Cairo majoring in directing. He graduated in 2006, wrote and directed several short documentaries and short fiction films that participated in several national and international film festivals and won several national and international prizes. Mohamed is now working on making his own personal independent cinematic experiment

“As a filmmaker I think the answer to that question comes from asking the same question but in a different form and preceptive why i make films?

And the answer to that is relative and varies from one to another.

As i remember growing up in my childhood days watching TV cartoon movies from Disney or from famous Japanese anime back at that time or going to the cinema theater watching movies like Rambo, E.T or Shawshank redemption and got so moved by it as the same as every other kid in the world whether they are living in U.S.A, Soviet Union, Romania, Japan or in Egypt!

And for me the only answer to that is simply that specific powerful feature that movies can provide as a medium “is the ability of sharing” with the anyone and everyone crossing over all the “so called” barriers of color, religion, beliefs, sex, politics, territories, war, language and even time.

Reminding us all that we belong to the same race, sharing similar experiences, emotions, feelings on the same planet so we could feel more “Less strangers” to each other and become more feeling like home.

It’s like a big one giant tree sharing all it has with the rest of the world in complete harmony by producing Oxygen and inhaling all the Carbon Dioxide, providing its fruits, its branches, its trunk and even its shadows as shelter for all kind of birds, animals and instincts unconditionally with complete love and with no exceptions!”

Monica Felea: Screening a film is like a love story

Monica Felea is a film distributor, founder of the independent distribution house
Bad Unicorn from Romania. She graduated
The Faculty of Journalism at the University of Bucharest, worked for various cultural press outlets, and then as a PR and event organizer for films. After collaborating with various film distribution and promotion companies, she founded Bad Unicorn, together with Ștefan Bradea.

“Screening a film is like a love story – it has enthusiasm and feelings, it’s the discovery of a new world, it’s the desire to share experiences with other(s), it’s an universe that, although not belonging to you, is still yours.
I also believe that a great film may work as well as a successful therapy session, it helps you learn truths about yourself and about the ones surrounding you, it helps you draw conclusions, or ask further questions.”

THANASIS NEOFOTISTOS: This hobby, through time, and my artistic nature, transformed into my need and desire to create my worlds of choice as a film director this time

THANASIS NEOFOTISTOS is a Film Director, Writer & Architect from Greece. Berlinale Talents alumnus. His short film, PATISION AVENUE (13’-2018), premiered at 75th Venice Film Festival, won 3 awards at Clermont-Ferrand 2019 (Jury, Canal+, EFA) and has already been selected in more than 60 top-tier film festivals. ROUTE-3 (13’-2019) just premiered in the official competition of 44th TIFF (Toronto). GREEK SCHOOL PRAYER (20’-2014) was his successful thesis (Golden Dionysus), and SPARKLING CANDLES (9’-2019) is his LGBTQ+ sparkling short film, premiered in 43rd Frameline. He is now in the financing stage of his first-debut feature film, which he envisions as a dark, coming-of-age, folktale, PETER AND THE WOLF;

“The first time I watched a film in the movies was when I was very young, around 10 y.o. My father took me to a legendary cinema of the nineties in Athens to see Jurassic Park. Till this very day I remember this experience as one of the most magical moments of my childhood. I remember sitting in the cinema seat and the movie starts! I was instantly transported to another world, a mythical world I could never be living in, a world full of dinosaurs, those imposing creatures. For two hours I genuinely lived in this world! Being in a dark period of my life, as I experienced bullying in school, the realization that I had a way to escape my difficult reality and live so many different lives was a relief and a blessing at the same time. It became my favorite hobby! Apart from that, in puberty, I decided and created my own movie with dinosaurs, gathering all my loved people to help me to relive in this amusing world! This hobby, through time, and my artistic nature, transformed into my need and desire to create my worlds of choice as a film director this time. That’s why I, and I believe many people, watch movies…”

MOSHIRA FAROUK BAHAR: Cinema is something that we cannot live without, this is the space we simply live another life

“Cinema…. This magical world, it is the space where you can delve into the lives of thousands of worlds of art. Watching movies is an exceptional experience of visual art that brings pleasure through its endless details; in the actors’ movements, techniques of the lighting, the makeup, and the entire cinematography…etc. All these details are helmed by the magical wand of the director of any films at any length. He would bring forth a unique experience inspired by our reality or take you away to a world of dreams that would impact your own life in a way or another, it might be a life-long impact that would have the power to change realities, to unite nations, or alter their laws.

I remember when I used to stay late at night with my mother to watch the film gem “Oureedu Halan” (I Want a Solution) starring the legendary Faten Hamama. I remember my mother told me that the film stirred a huge controversy during its release in cinemas that it changed the Egyptian Personal Status laws. Through the years, hundreds of films were born to address social issues in our communities and succeeded in altering the Egyptian laws back then. These films include “Kelmet Sharaf” (A Word of Honor), and “Ga’alouni Mogreman” (They Made a Criminal of Me) starring the salient Fareed Shawky.

Truth to be told, whatever the reason behind your decision to watch the film, be it for pleasure as a cinephile, or to gain experience and expand your knowledge as a film professional, I find there is this major reason that basically makes all of us want to watch a film; it is that honest after-effect that submerges us at the end of a film while watching the closing credits. It is that smile covering the face, or those tears rolling on the cheeks, or that astonished look over the face with plenty of unanswered questions. In all cases, cinema is something that we cannot live without, this is the space we simply live another life.”